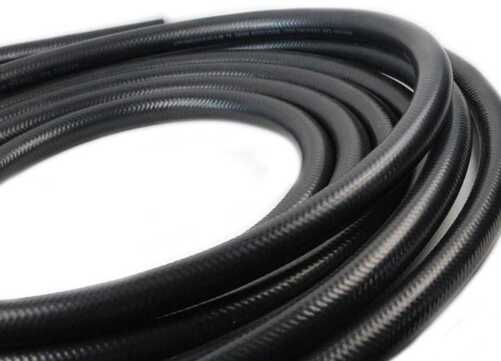 Compatible with AN5 Push on hose ends

Help others choose right. Be the first to write a review!

Write a review
Article no.: SPDSINTANK8

This fuel hose is specifically designed for in tank usage where you have in tank fuel pumps.

This is the only "rubber" hose that works with in tank use, E85 or flexifuel. We have tested and developed hoses for many years and this is the first hose where we feel that the hose and assembly are so good that it is worthy of being called in tank hose.

8mm fuel lines is standard in most cars.

Specification:
8mm ID
In tank hose
Can be used both with hose clamps and Push-on AN5 fittings
The hose is blue

SPD Performance Parts are quality products for oil, air, water and fuel systems. Developed to meet the highest demands of motorsports. All products are carefully tested both in virtual and controlled environments, as well as on the street and race track where they will ultimately be used. SPD products are developed and tested by experienced technicians as well as racing drivers to maximize functionality and reliability. With these extensive tests, the same high function is also ensured over long periods of time.

When such extensive tests are made to ensure quality over time, the full 5-year full warranty is given on all SPD AN-fittings and up to 3 years on other SPD products. Even for those who use them in racing and the most demanding motorsports. SPD performance parts are probably the only ones having such generous guarantees on motorsport products.

Be first to write a review about this product!

To send a review, you must be logged in.

Made for Ethanol. Compact design.

Support up to 3 fuel pumps