When installing a new / different / used turbo unit, a few things are important to consider. If the old turbo has broken, you must first know why this has happened. Otherwise, the risk is high that the same thing will happen with the new turbo.Här går vi igenom hur du slipper problem 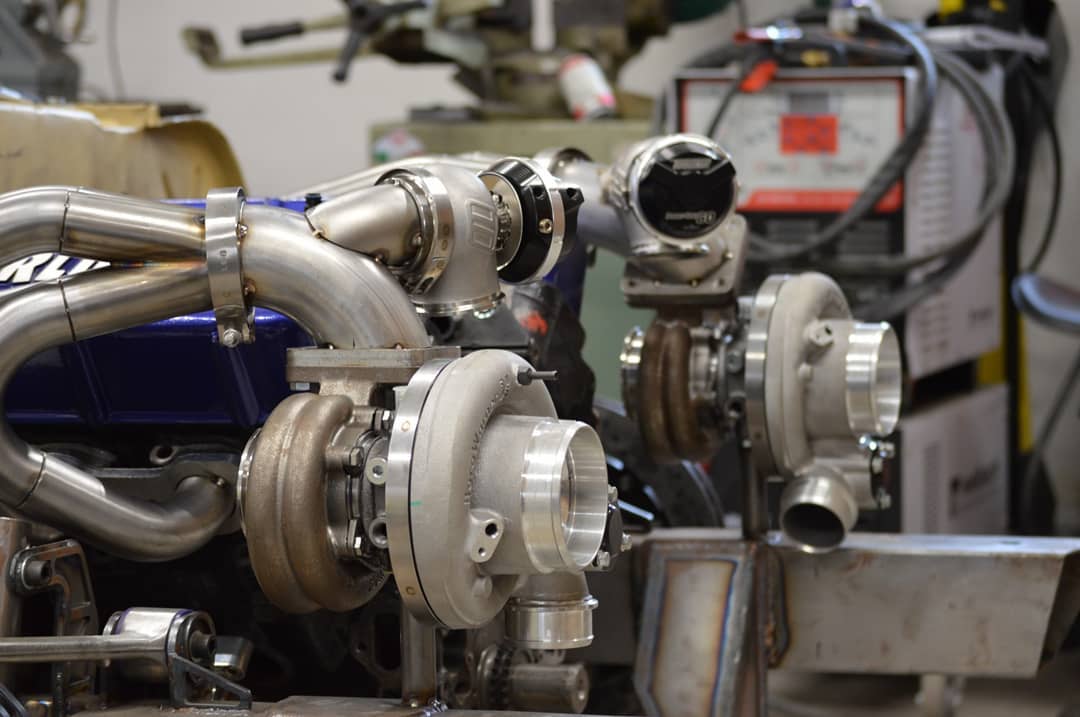 Oil in the pressure pipes or exhaust pipes is by far the most common problem. Several reasons can cause oil to build up in the turbo core. It then gets pushed out into the exhaust system and/or pressure pipes.

Problem:
To high oil pressure in combination with bad oil evacuation can cause excess exhaust smoke and oil in pressure pipes

Solution:
Lower the oil pressure a bit AND improve the oil drain. Fixing only one part will not solve the problem.

Back pressure
When exhaust back pressure approaches or becomes greater than the boost pressure the turbocharger axle gets an uneven load and can be damaged. . This uneven load makes lubrication difficult and can result in turbo bearing failure. If the back pressure exceeds the charge pressure, the turbo will wear prematurely and in the worst case, break.

If you have high crankcase pressure, the oil cannot evacuate the turbo the right way through the oil return, but is then pushed out through gaskets and ends up in pressure pipes, inlet pipes, and out into the exhaust housing, resulting in all of these cases with extra exhaust smoke. Also called blue smoke and oil smoke as the oil eventually finds its way through the engine.

Oil return size
As already mentioned above, the turbo's oil return does not work under pressure and must have a free flow to the engine. Therefore, it is important to have a properly dimensioned oil return as the oil can freely flow back to the engine. In the case of a journal-bearing turbocharger, this is extra important as there are large amounts of oil that must be evacuated. This is also important with ball-bearing turbos, but then you don't need to have as large return line.

Failed dimensioning of the oil return produces the same consequential error as with too high crankcase pressure.

Oil return slope
Too little inclination of the oil return causes the same problems as with high crankcase pressure and too small oil return piping as the oil cannot flow back to the engine effectively enough.

A ball-bearing turbo fed with oil pressure will have the same problem as with high crankcase pressure and to small oil return.

Oil inlet debris
There are various reasons for turbo (and engine) failure because of debris in the engine oil.

One - you have thread tape on your NPT thread on the oil feed so the thread tape follow the oil into the turbocharger bearings.

Two – The turbo core is much more sensitive than the heavy duty bearings in the engine. The turbo is very precise and minor deviations can cause problems.

Three - When making and mounting the oil supply hose. Debris can follow and end up in the turbo charger

Inlet air debris
It is often difficult to keep things completely clean when assembling car parts, and in this case, turbo units and inlets. However, it is absolutely necessary as debris that enters the inlet pipe when the turbo is spinning can cause major damage to compressor wheels with consequential errors such as imbalance and oil leakage. This sometimes leads to turbo failure.

Over-revving
The turbo is simply over-revved so both the turbine blades and the bearing part are damaged.

When the turbo journal bearings are empty of oil, a larger radial play is experienced.